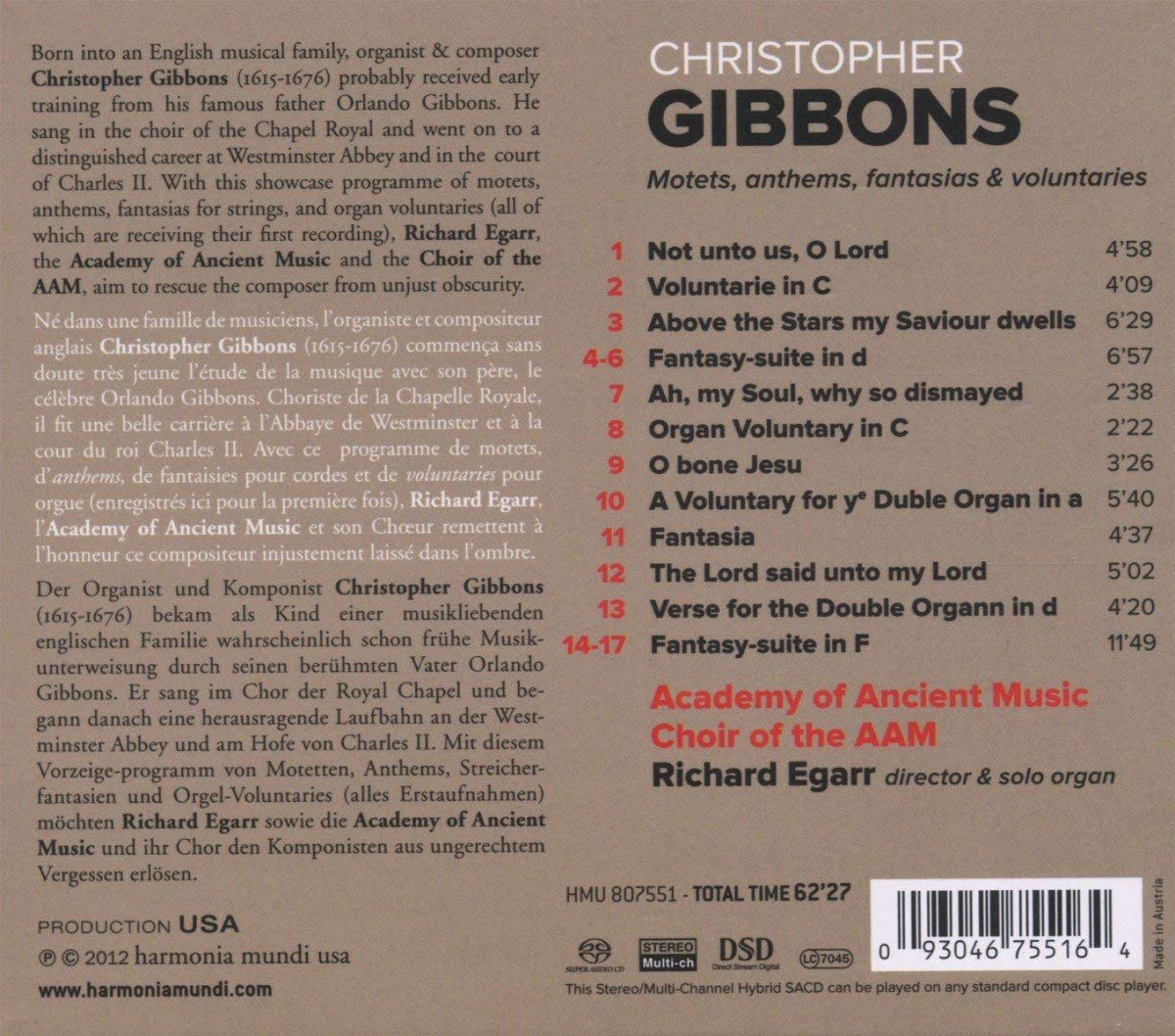 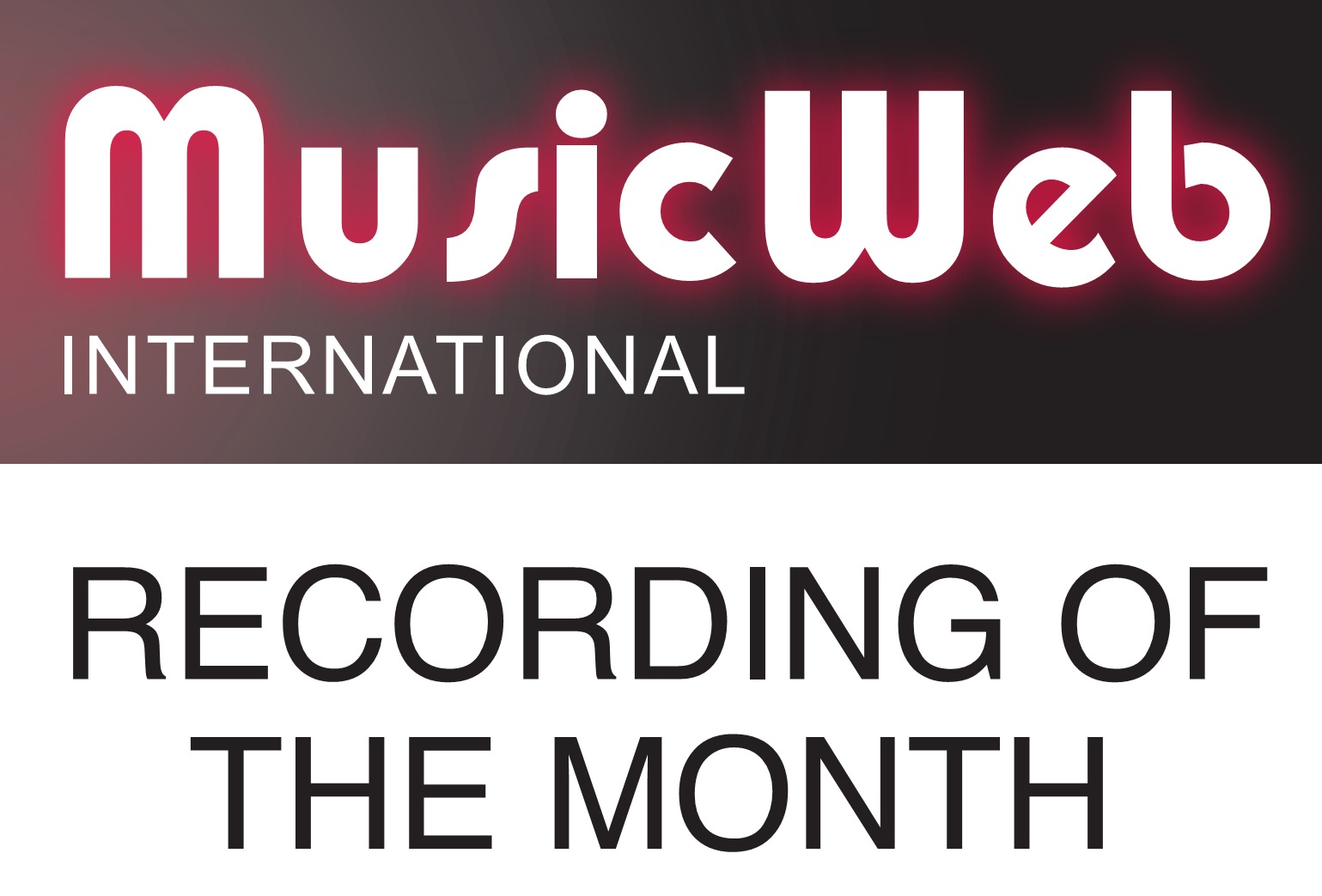 wykonawcy
Academy of Ancient Music;
Egarr, Richard
nr katalogowy
HMU 807551
opis
Born into an English musical family, organist and composer Christopher Gibbons (1615-1676) probably received early training from his famous father Orlando Gibbons. He sang in the choir of the Chapel Royal and went on to a distinguished career at Westminster Abbey and in the court of Charles II. With this showcase programme of motets, anthems, fantasias for strings, and organ voluntaries (all of which are receiving their first recording), Richard Egarr, the Academy of Ancient Music and the Choir of the AAM, aim to rescue the composer from unjust obscurity. Julian Forbes, tenor in the Choir of the AAM, writes: Samuel Pepys was a crude sort of chap, actually. If you read unexpurgated editions of his diaries you ll find all sorts of filth. There s one sequence, covering several days, in which he reports initial indignation at discovering that his bookseller has chosen to stock a pornographic novel, subsequent fascination as he makes several special trips to read it in-store and eventual capitulation as he shamelessly buys it. There s another memorable entry in which he describes his wife s dismay upon surprising him in his parlour in the act of doing something decidedly Channel Five to the maid. But from manure pretty flowers grow, and it s mucky Pepys you ve got to thank for the AAM s latest project, a CD of music by the English composer Christopher Gibbons (1615-1676). Passing references to this composer, mentioned only by surname, drew Richard Egarr s interest some years ago as he was reading the diaries he assures me not for the naughty bits since the figure in question clearly couldn t be Gibbons, O., who collapsed of a seizure in 1625. He decided to find out more about this unfamiliar iteration, and eventually, with the aid of an academic thesis written by a musicologist based in Palo Alto, California (!), succeeded in assembling a programme of his music comprising verse anthems, instrumental fantasias and organ voluntaries. Now, several years later, a generous donation from one of our patrons has enabled us to record this programme with our label harmonia mundi USA. All this American aid! The politicians may argue about the ongoing value of the Special Relationship to defence, trade and diplomacy but mark my words, for the preservation in the public awareness of the English Restoration Verse Anthem, it s critical. God bless the land of the free for vouchsafing our Gibbons.
nośnik
SACD
gatunek
Muzyka klasyczna
producent
Harmonia Mundi
data wydania
22-05-2012
EAN / kod kreskowy
093046755164
Produkt nagrodzony:
MusicWeb International: 'Nominee for Recording of the Year' (2012)
MusicWeb International: 'Recording of the Month' (2012) 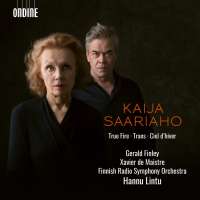 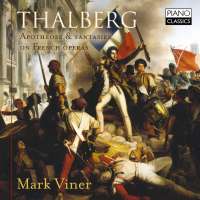 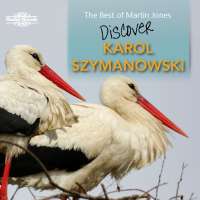 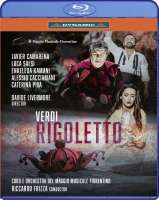 A. Marcello: 6 Concertos “La Cetra”; Concerto in D Minor for Oboe and Strings 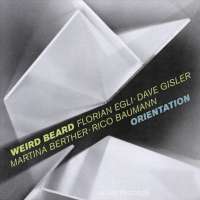 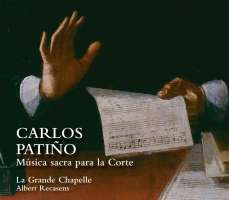 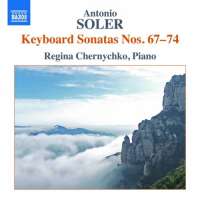 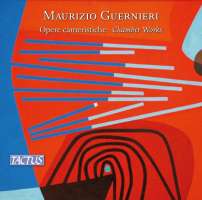 GIBBONS: Hymnes and Songs of the Church Resonances - Music at Westminster: From Tallis to Britten Purcell: The Cares of Lovers