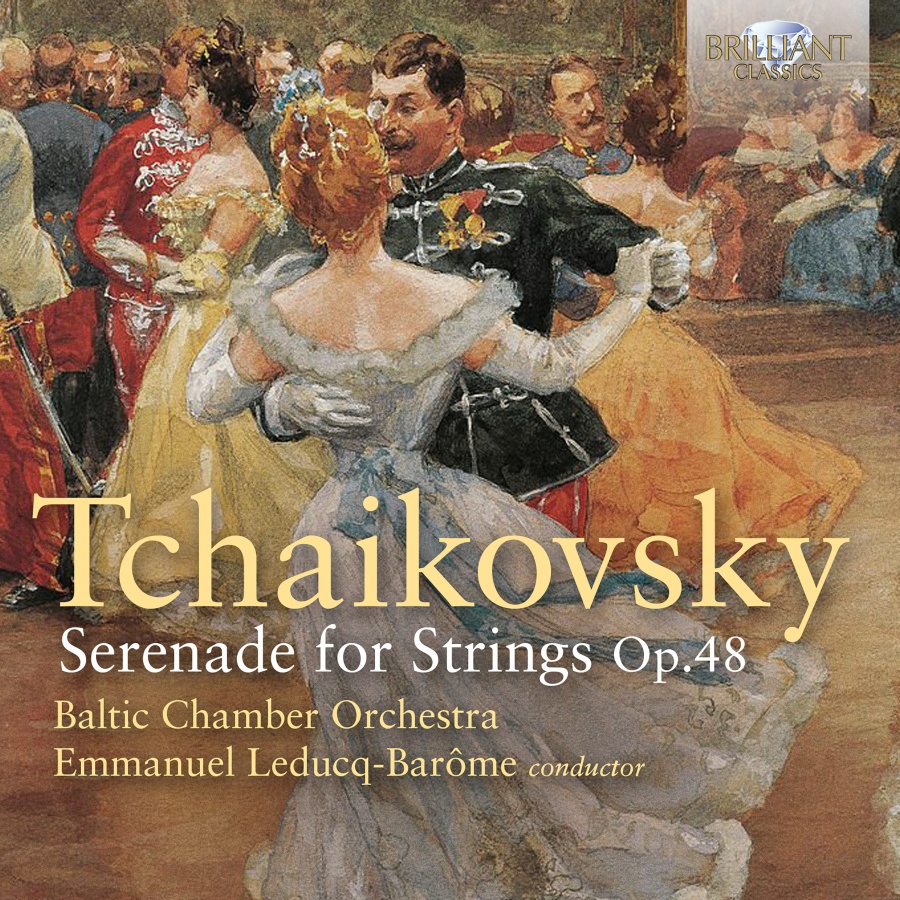 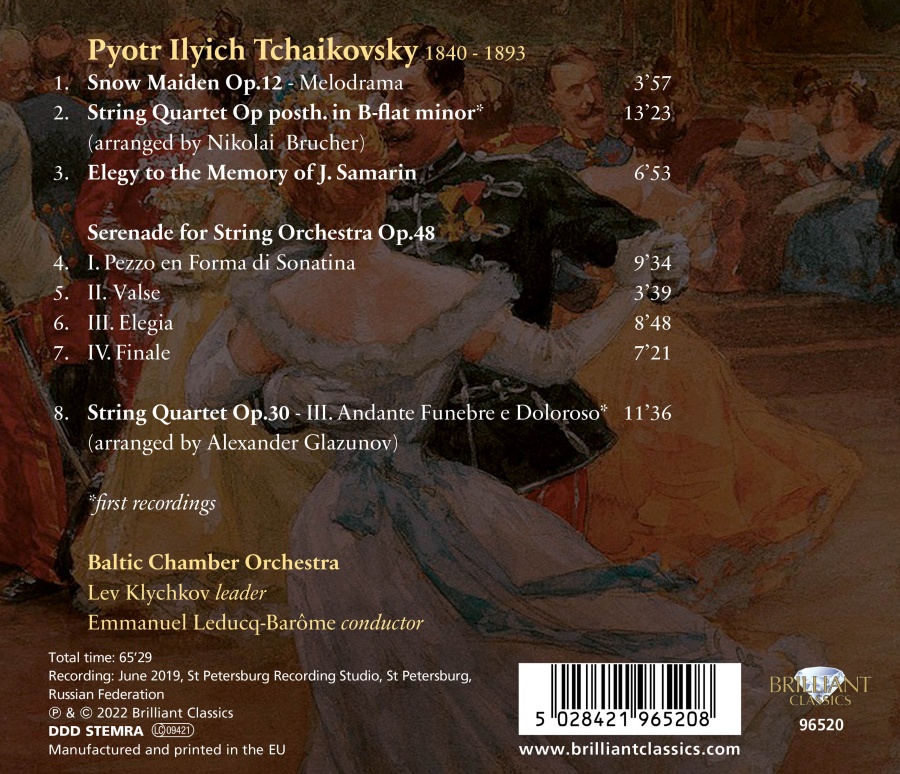 wykonawcy
Baltic Chamber Orchestra;
Leducq-Barome, Emmanuel
nr katalogowy
96520
opis
The centerpiece of this Tchaikovsky program is the famous Serenade for Strings Op.48. It was composed in September and October 1880, freely and without commission, a response – so Tchaikovsky wrote to his patron, Nadezdha von Meck – to feeling ‘somewhat restless and unwell.’ He said that the Serenade arose from an innate impulse ‘having the freedom to think’, as he wrote, and to his publisher Jurgenson: ‘I love this Serenade terribly..’ The premiere was given at a surprise concert for Tchaikovsky at the end of 1880 at the Moscow Conservatoire – the orchestra made up of students and professionals – and was first heard publicly the following year, since when it has become arguably the most popular of all works for string orchestra. Especially the Waltz gained “Music for the Millions” fame. The other works on this disc present some rarities: the Melodrama Snow Maiden Op.12, the String Quartet Op posth. in B-flat minor arranged by Nikolai Brucher, Elegy to the Memory of J. Samarin, and the String Quartet Op.30 - III. Andante Funebre e Doloroso, arranged by Alexander Glazunov. The Baltic Chamber Orchestra is made up of soloists of the Saint Petersburg Philharmonic Orchestra and was formed by the conductor Emmanuel Leducq-Barôme and the violinist Lev Klychkov early in the year 2000. The steady rise to prominence of the conductor Emmanuel Leducq-Barôme has shown the qualities of this exceptionally-gifted musician, who was admitted, at the age of 21, into the class of conductor Mariss Jansons at the St Petersburg Conservatory. Emmanuel concluded his studies there under the legendary pedagogue Ilya Musin. Their Richard Strauss CD received a Gramophone Editor’s Choice: "Rarely have I been as moved by Strauss's 'Study for 23 solo strings' ... as I was when listening to this richly-textured recording by the Baltic Chamber Orchestra. Although the chosen tempos are comparatively broad, Emmanuel Leducq-Barôme keeps you on edge of your seat, principally by achieving maximum tension at the crest of each phrase”.
nośnik
CD
gatunek
Muzyka klasyczna
producent
Brilliant Classics
data wydania
02-05-2022
EAN / kod kreskowy
5028421965208 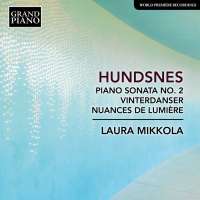 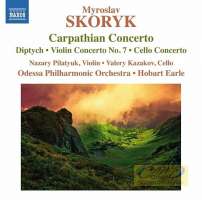 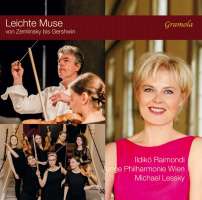 Leichte Muse - from Zemlinsky to Gershwin 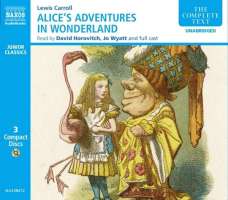 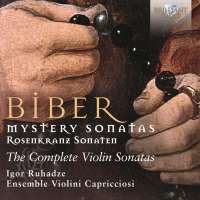 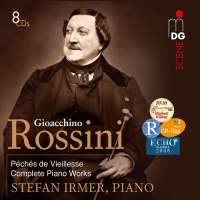 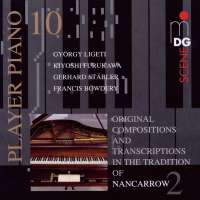 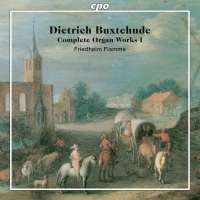 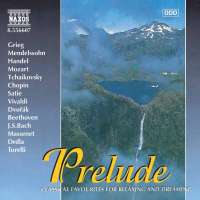 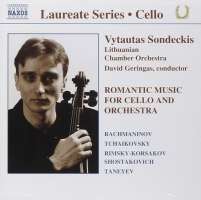