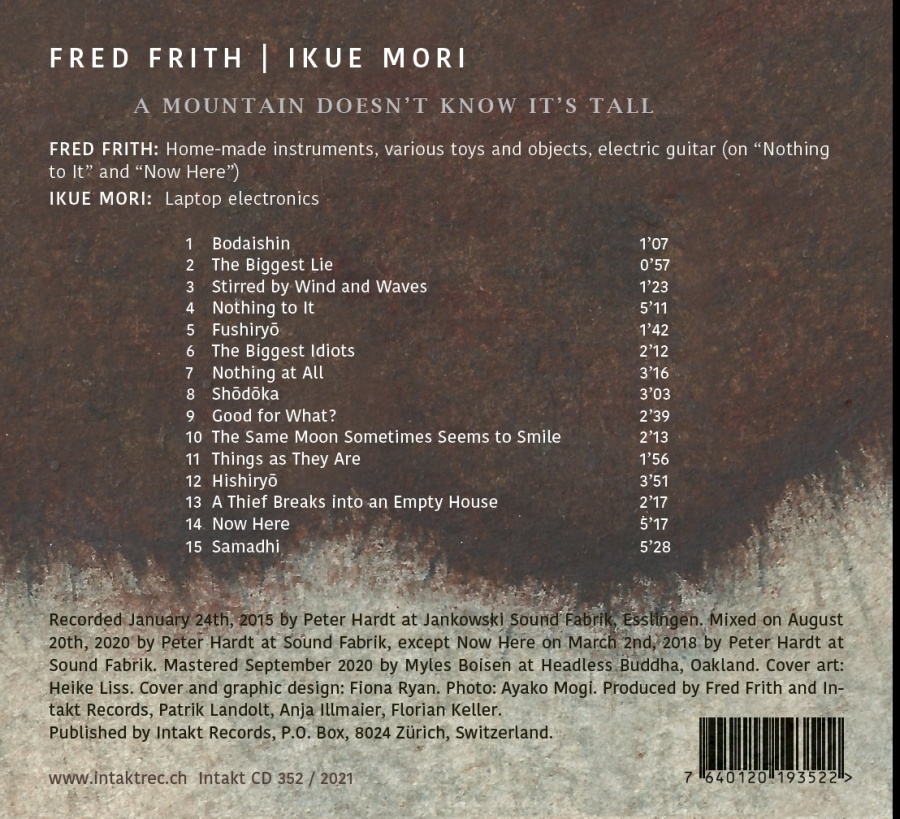 wykonawcy
Mori, Ikue;
Frith, Fred
nr katalogowy
INT 352
opis
A Mountain Doesn't Know It's Tall. The title reflects the mood of this duo record of Fred Frith and Ikue Mori – playful, poetic, mysterious and open. The guitarist and the sound-artist have been working together for forty years. Live excerpts from their work are documented on Fred Frith's 3 CD box set Live at the Stone (Intakt CD 320). In January 2015, Frith and Mori met in Germany to record the music for a radio play for Werner Penzel, the filmmaker and longtime friend of Fred Frith, for his film Zen for Nothing. After finishing their work, they used the free studio day to record their first duo album together. Influenced by the film music and inspired by the long friendship 15 pieces were created that are both wonderful sound sculptures and fascinating dialogues. Fred Frith writes: “Air moving through ears and hair and lungs and pores, through songs,and scrapes, and scraps of this, that and the other.” And Ikue Mori writes: “… it was about playing with the everyday noises that arise when cooking, playing ping-pong, and especially when laughing. There is a lot of joy in working with these recordings, interacting with them and making music.”
nośnik
CD
gatunek
Jazz
producent
Intakt Records
data wydania
09-02-2021
EAN / kod kreskowy
7640120193522

From Praxedis with Love 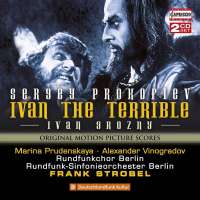 NEWMAN: The Hunchback of Notre Dame; Beau Geste; All About Eve 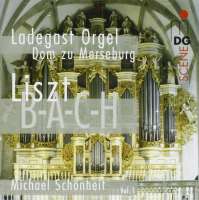 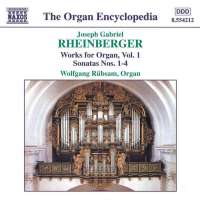 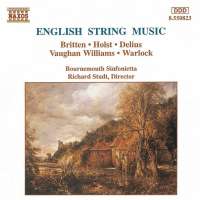 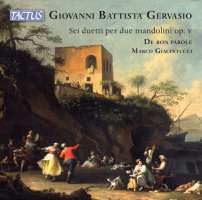 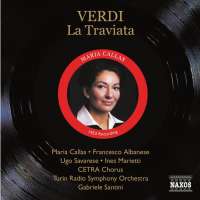 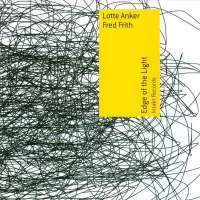 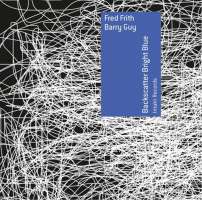 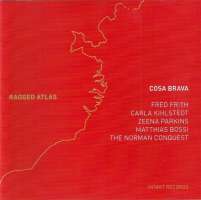 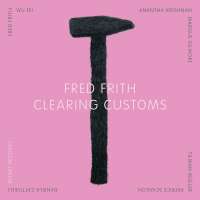