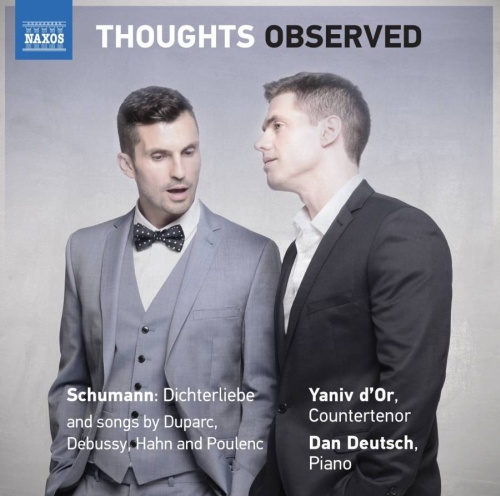 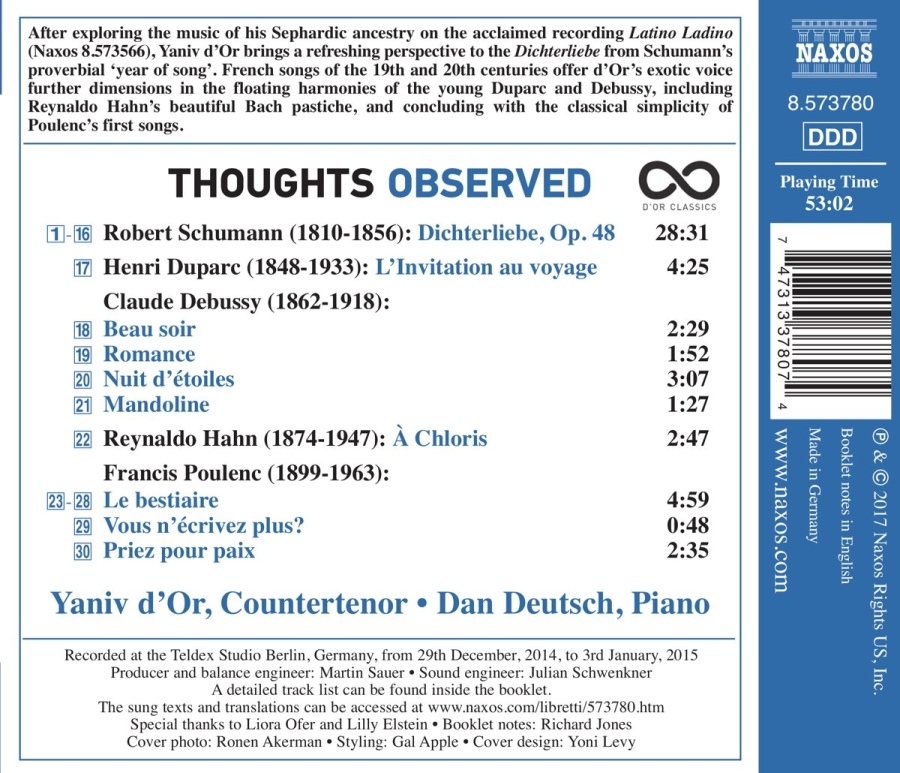 pełny spis kompozytorów
Debussy, Claude;
Poulenc, Francis;
Schumann, Robert;
Hahn, Reynaldo;
Duparc, Henri
wykonawcy
d'Or, Yaniv;
Deutsch, Dan
nr katalogowy
8.573780
opis
We have become so used to hearing Schumann’s song cycle, Dichterliebe, sung by a baritone or tenor voice that we forget that he originally composed it for a soprano. It was a strange choice as the texts by the poet, Heine, are male orientated, yet with that aegis, a male singer working in a female register would have a degree of authenticity. Trained at London’s Guildhall School of Music, Yaniv d’Or has a voice of intrinsic beauty, and in songs that call purely for that sound, he is a highly persuasive exponent, adding an impassioned quality in such songs as Ich grolle nicht. Elsewhere I find those dark moments, in which the poems abound, are not within his voice, particularly so in Ich hab’ im Traum geweinet, and no amount of effort from the pianist, Dan Deutsch, can bring the chilling impact of those deeply moving songs that would have been well within the scope of Schumann chosen soprano, Wilhelmine Schröder-Devrient, a celebrated Wagnerian. D’Or, so ideal for the Baroque era, is more suited to the group of French songs from the 19th and 20th century, though these are the prerogative of sopranos, the countertenor voice missing out on the expressive quality and warmth of the female voice. The recorded sound is very pleasing, but at fifty-three minutes is a very short measure. • © 2017 David’s Review Corner
nośnik
CD
gatunek
Muzyka klasyczna
producent
Naxos
data wydania
29-05-2017
EAN / kod kreskowy
747313378074 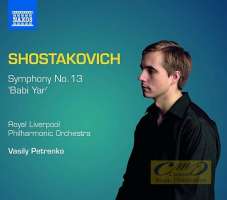 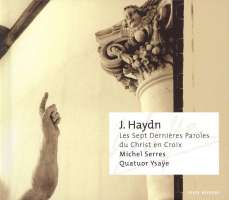 Haydn: Seven Last Words of Christ on the Cross 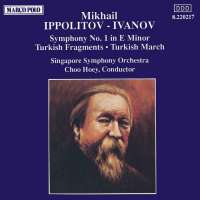 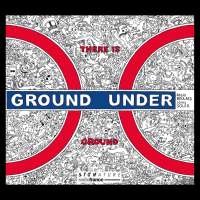 There Is Ground Under Ground 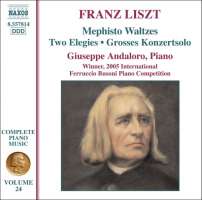 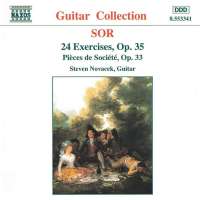 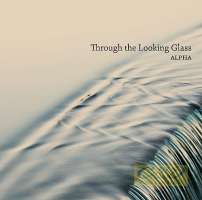 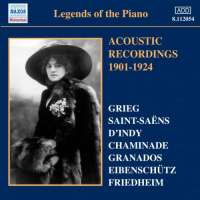 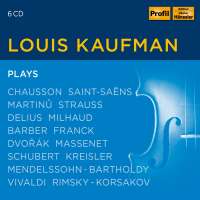 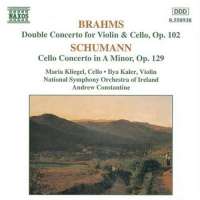 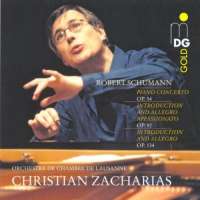 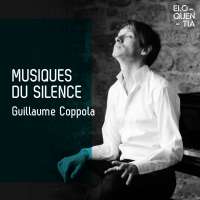 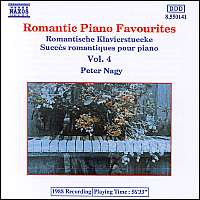 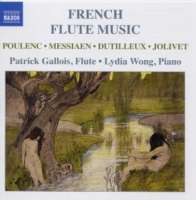