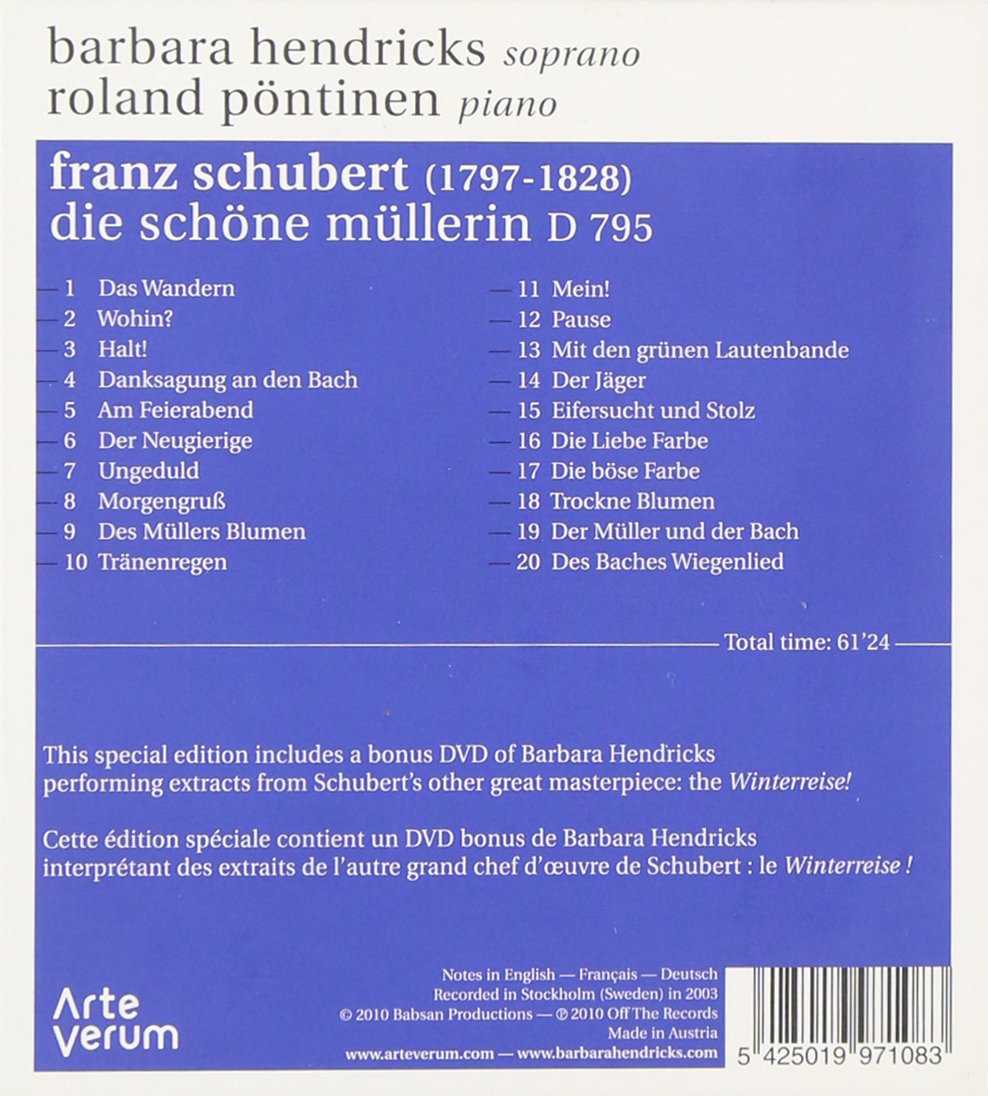 wykonawcy
Hendricks, Barbara
nr katalogowy
ARV 008
opis
When Schubert started work on the cycle Die schöne Müllerin (The Fair Miller-Maid) in 1823, he had already written nearly 500 lieder. This, however, was the first time he had conceived such a long cycle, the 20 songs being linked by the story of an apprentice miller, unhappy in love. He dreams of his beloved while keeping his distance, and confides in the stream, represented on the piano. This suite of lieder is not so much a genuine love story as a dream of love, the dream of a young lad who has never known love, who sees the beautiful miller-maid but dares not declare his passion. The beloved has not even a glance for him, and she responds to the advances of another man, and a virile one at that, a hunter! The optimism and hope of the first part of the cycle will slowly vanish, even if the predominant feeling, that runs throughout the cycle despite the dark sections of the second part, is one of innocence, of naivety, of the candour of a child s gaze. Commentators have often pointed out, in connection with these lieder, their popular character, one of almost folkloric inspiration. It is true that we are at once charmed by the spontaneity that leaps out of the writing. What also links all these lieder is the fact that none are completely joyful, and none are completely sorrowful: all trace a path between illusion and disillusion. One can also recognise in these 20 poems Schubert s favourite themes: wandering, travel, fusion with nature, love and sorrow intermingled, contained revolt, resignation and, of course, death. For all these reasons this lieder cycle is of rare perfection! Schubert was later to compose two other cycles: the Winterreise, another masterpiece composed one year before his death, to poems by the same Wilhelm Müller, and then Schwanengesang, just a few weeks before his death. Traditionally sung by a male voice (often a tenor), rare are the versions of this Schöne Müllerin sung by a female voice. With her partner the pianist Roland Pöntinen, Barbara Hendricks for the first time records a complete Schubert cycle, even if the Viennese composer has always been a corner-stone of her recital discovery. A magnificent discovery! • • This set includes a CD of Barbara Hendricks performing the song cycle with Rolan Poentinen accompanying on piano. Also included is a DVD of Hendricks performing extracts from Schubert's Winterreise.
nośnik
CD
gatunek
Muzyka klasyczna
producent
Arte Vertum
data wydania
02-07-2014
EAN / kod kreskowy
5425019971083 Danielpour: Ancient Voices - Darkness in the Ancient Valley; Toward a Season of Peace 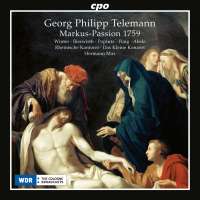 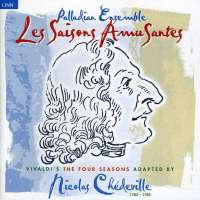 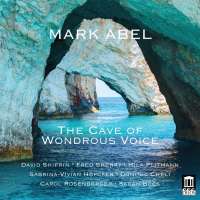 Abel: The Cave of Wondrous Voice 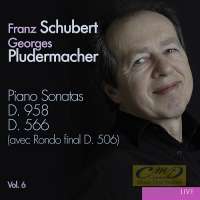 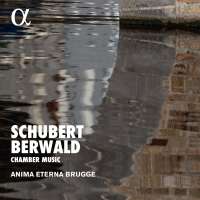 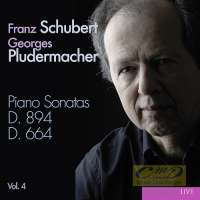 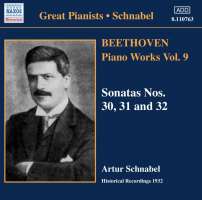 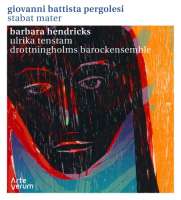