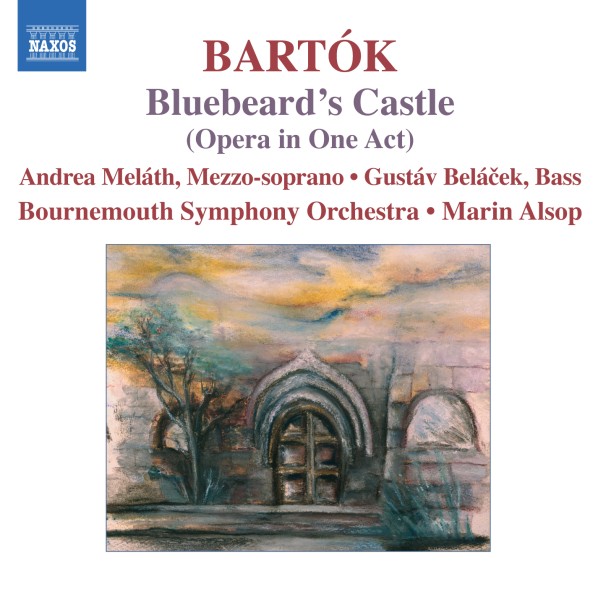 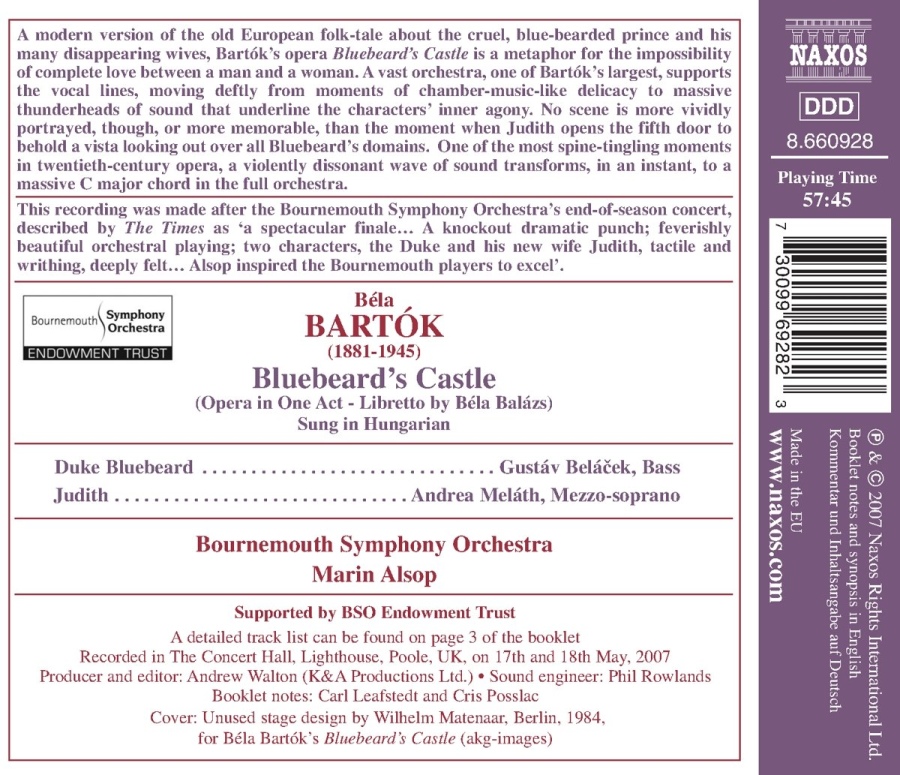 wykonawcy
soliści;
Alsop, Marin;
Bournemouth Symphony Orchestra
nr katalogowy
8.660928
opis
A modern version of the old European folk-tale about the cruel, blue-bearded prince and his many disappearing wives, Bartók's oper Bluebeard's Castle is a metaphor for the impossibility of complete love between a man and a woman. A vast orchestra, one of Bartók's largest, supports the vocal lines, moving deftly from moments of chamber-music-like delicacy to massive thunderheads of sound that underline the characters' inner agony.
No scene is more vividly portrayed, though, or more memorable, than the moment when Judith opens the fifth door to behold a vista looking out over all Blubeard's domains. One of the most spine-tingling moments in twentieth-century opera, a violentlydissonant wave of sound transfomrs, in an instant, to a massive C major chord in the full orchestra.This recording was made after the Bournemouth Symphony Orchestra's end-of-season concert, described by The Times as 'a spectacular finale... a knockout dramatic punch; feverishly beautiful orchestral playing; two characters, the Duke and his new wife Judith, tactile and writhing, deelpy felt... Alsop inspired the Bournemouth players to excel'.
nośnik
CD
gatunek
Muzyka klasyczna
producent
Naxos
data wydania
06-11-2007
EAN / kod kreskowy
730099692823 Bartok by Arrangements - Music for Viola 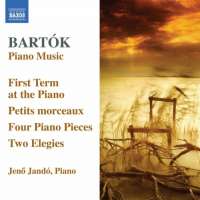 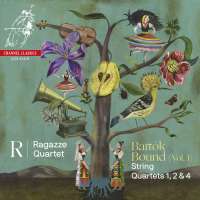 Molchanov: The Dawns Here Are Quiet